This weekend, the streets of Tokyo were packed with people in costume and shopfronts were adorned with witches and pumpkins – Halloween fever has hit Japan. END_OF_DOCUMENT_TOKEN_TO_BE_REPLACED 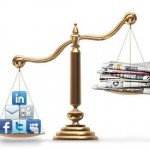 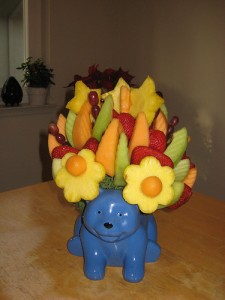 We often associate Valentine’s with flowers, chocolates, romantic dinners and dates. Simply because love surpasses all boundaries such as race, color and sometimes even religion. It is the only day in the year when people have an excuse to be mushy and romantic. Well, that is the case for most but there are still a number of people who believe otherwise. Nonetheless, sales of romantically related products still skyrocket during Valentine’s Day.

If you are looking for something unique, fruit bouquets or edible bouquets are definitely a good choice. They don’t only look good, they taste good too. These healthy gifts will definitely please any recipient. There are many specialty stores that sell them all over the world. You can even make your own if you have the time.

Strawberries, grapes, melons, honeydews, oranges, apples and kiwis are the most common fruits used in edible bouquets. Each bouquet may vary depending on your choice and the availability of the fruits. We all know that some fruits are seasonal, while tropical fruits such as pineapples can be limited or pricey. Most stores adapt to local tastes by adding locally produced fruits. In the Middle East for example, you can expect dates in their fruit bouquets.

The fresh fruits are cut and arranged to resemble floral arrangements. Chocolate dipped fruits may also be included for added design and taste. You can never go wrong with edible gifts. Most people love fruit and appreciate them. These beautifully crafted bites can serve as appetizers or desserts for parties too. You can even buy them for yourself as a treat.

Image from  CB and GK

In a way you could call it eco-friendly as what this artist uses as his canvas, is something people literally spit out and throw away, right on the street – chewing gum!

Artist Ben Wilson is the creator of these clever works of art on the street, transforming what was once unsightly blobs, into whimsical, funny and interesting miniature paintings on a unique canvas. A native of London’s Muswell Hill, Wilson’s work has been featured repeatedly by the British press and two short films have been made.

Ben was actually a pavement artist (something I’ve always enjoyed looking at ever since I saw that scene in Mary Poppins age 6), and when he realised it was illegal to paint on the pavement, he resourcefully thought to paint directly on the gum, which is obviously ok. He’s caught a lot of attention doing it, and now Ben is a known as a local hero in his suburban neighborhood. How I wish he’s do that to all the gum around!