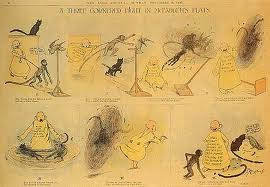 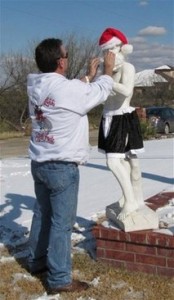 How many times have you wondered whether Santa’s reindeers are male or female? I am sure that if you have not thought about it lately, you wondered about it at least once when you were a child. We may never know the answer for sure but scientists over at Texas A&M University are trying their best to figure out the gender of the reindeer.

“Santa’s reindeers were really females, most likely,” said Alice Blue-McLendon, a veterinary medicine professor specializing in deer who cites the depictions of Santa’s helpers with antlers as the primary evidence. It turns out reindeer grow antlers regardless of gender, and most bulls typically shed their fuzzy protrusions before Christmas.

But Santa’s sleigh helpers might also be castrated males, known as steers, said Greg Finstad, who manages the Reindeer Research Program at the University of Alaska Fairbanks.

Young steers finish shedding their antlers in February and March, just as non-expecting females do. Bulls generally lose theirs before Christmas, while expectant mothers retain their antlers until calves are birthed in the spring. This allows them to protect food resources through harsh weather and to have enough for developing fetuses, he said.

Sledders most often use steers because they maintain their body condition throughout the winter, he said. Bulls are tuckered out from rutting season when they mate with as many as a dozen females in the months leading up to December. That leaves them depleted and too lean to pull a sleigh or sled through heavy snows, Finstad said.

Alright, but I really cannot see anyone naming their daughter Rudolph.