Nobody wants to get hurt while driving his or her vehicle much more get involved in a road accident. But accidents do happen the reason why drivers must be responsible enough to develop the right driving habits and observe traffic laws at all times.

While negligence is often the cause of road mishaps, the vehicle itself can cause problems. One of the most recent issues that plagued sports utility vehicles (SUVs), particularly in the Philippines, is the sudden unintended acceleration or SUA. Specifically, this problem pertains to the unexpected and uncontrolled acceleration of a vehicle with an apparent loss of braking effectiveness. Possibles causes include mechanical or electrical problems, driver error or a combination of these two.

In the U.S., this issue surfaced in 1986 after the National Highway Traffic Safety Administration (NHTSA) noted in its report incidents when automatic transmission vehicles at a standstill accelerated uncontrollably when shifted from park. Back then, the electronic control system was still not in use.

The recent incidents of sudden unintended acceleration in the U.S. occurred during the period from 2000 to 2010 involving Toyota and Lexus vehicles. Some 89 deaths and 52 injuries resulted from those accidents. Initially, an auto defect was blamed for Toyota vehicles but the investigation was eventually closed when no concrete evidence was found. Toyota, for its part, reiterated that their vehicles had no defects and the electronic control systems were functioning properly.

SUA Cases in the Philippines

Last year, the case of sudden unintended acceleration among Mitsubishi Montero Sport SUVs was a hot issue in the Philippines. The problem hogged the limelight after several owners got into accidents claiming their vehicle unexpectedly accelerated causing them to lose control. As a result, their SUV rammed into several other vehicles nearby.

The owners complained to the local Mitsubishi office and brought the issue to Congress for further investigation. The Depart of Trade and Industry also conducted its own investigation. All complaints were later dismissed.

After this SUA problem surfaced in the Philippines in 2015, it was found out that this issue has been going on since 2011. At that time, technical experts from the main headquarters of Mitsubishi Motors Corporation arrived in the country to conduct a series of tests. After a thorough inspection, no defects were found nor were there malfunctions. The experts noted that the vehicle data they gathered was in accordance with the manufacturer’s standard specifications and that all hardware including the brake system was in good condition.

Mitsubishi Motors Corporation is now offering a free checkup of Montero sport vehicles at their authorized service centers around the country. 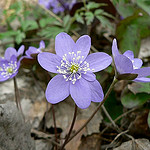