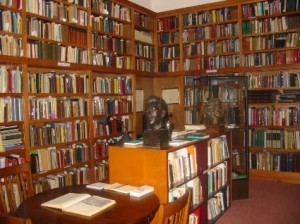 I don’t know about you but I have always dreamed of working for any one of the government’s intelligence or law agencies; say the FBI or CIA. This year, it seems that the FBI is going to make some people’s dreams come true. According to Reuters, the FBI is launching a mass hiring campaign for agents. The report states:

The FBI said on Monday it had launched one of the largest hiring blitzes in its 100-year history involving 2,100 professional staff vacancies and 850 special agents aimed at filling its most critical vacancies.

The agency, which seeks to protect the United States from terrorist attack, fight crime and catch spies, among other duties, said it currently has more than 12,800 agents and about 18,400 other employees.

Over 2,000 job openings in the FBI – can you imagine that? This is the premier government agency dealing with all sorts of issues and to be part of the FBI is an honor in itself. If you’re wondering why they are conducting a hiring campaign on such a huge scale, the answer lies in many things, one of them the September 11 attack. Though it has long been over, the FBI has since then received a lot of criticism for not having enough people to handle the needs that they face. These include agents and staff who are multilingual and experts in computer science. As such, the agency is seeking to add fresh blood to its ranks.

If you’ve got the skills – and you pass the security check – then this just might be the perfect time to consider a career move.

It has been routine to find the morning paper at the doorsteps and bring it in to the house while breakfast meals are being prepared. First thing that people would check out is of course the front page, usually focusing on current events locally and the world. It is important for people to know what is going on in the world today mainly because it affects everyone today. The impact that published news provide is really something that will surely gather various reactions and opinions for current events and issues.
END_OF_DOCUMENT_TOKEN_TO_BE_REPLACED

According to a recent survey, these seven jobs are the United Kingdom‘s WORST jobs ever. Not only do do the people who have these jobs sound utterly miserable with their daily tasks, but they are also paid a pittance for it.

I wonder though, if some of these jobs could actually be more interesting than say, sitting in front of a computer all day in a tiny cubicle where you rarely get to see any real daylight or form of nature. In that case, I’d rather have the Zoo Keeper’s job – but no thanks to the hospital laundry, a cubicle sounds just fine to me.

IT sounds like a great job, but London Zoo keeper Sebastian Grant reckons life on the other side of the animal enclosure is anything but rosy.

?The thing about looking after animals is there is a lot of mess,? he explains. ??What comes out of the end of an animal needs cleaning up. Animals are also potentially dangerous. Even an anteater can tear a hole in a man.
?As well as being dirty and dangerous, this job has long hours. We start every day at 8am ? even on Christmas Day. And you don?t go home until the work is done, so the hours can be very long.

?I?m not saying driving a cab is easy, but it?s certainly not a harder job than mine.?

He says: ?An average day was spent in horrible urine-scented dive pubs. Aside from finding used condoms and syringes in pool tables and cleaning vomit off payphones, there was the constant threat of having a pool cue wrapped round your head for the sake of a handful of change.?

WHILE working as a porter, Frazer Payne?s daily duties involved wheeling the dead to the morgue.

He says: ?On one occasion as I tried to move the body, the trolley scooted away from me and I stumbled after it with the corpse in my arms. This set off a whirlwind of panic as the other patients began screaming and fainting. When I finally got the body to the morgue, rigor mortis had begun to set in and the body started to sit up.

?In order to slide the bench into the freezer I had to put my knee on the legs and lie across the body to push the upper torso down. I was never so glad to be sacked.?

WORKING 11-hour shifts in a cramped factory with two 15-minute breaks for ?3 an hour was normal for James Prendegast.

He recalls: ?My job was to lean on and deflate the plastic-wrapped boxes of jigsaws as they rolled out of a plastic wrapping machine.

?Every week this machine would seize up and when they opened it, thousands of jigsaw pieces would fall out. Virtually every jigsaw was missing at least one piece.?
5. BOX FACTORY WORKER

SAM JORDISON worked in a warehouse for a week where they flattened old cardboard boxes and sent them to wholesalers.

He says: ?It was physical agony but it was the mental pain that weighed heaviest. I was working with a guy who?d been there for 20 years. He told me he dreamed about boxes, saw boxes when he closed his eyes and could taste boxes when he ate. And every 20 minutes or so he would shout ?BOXES? at the top of his voice.?

?It just wasn?t worth it,? he says. ?Masses of dirty laundry would come down these big shoots.

?They would be covered in human waste, blood, and once, with what looked like someone?s kidneys. You spent most of the day with your face in, or near, urine.?

AFTER dropping out of university, Dan Kieran took a job spraying weedkiller along roadsides.

He says: ?Every day I had to wear a green boiler suit and carry a 35-litre tank of toxic weedkiller on my back. My 12-hour shift consisted of scaling the banks that run alongside motorways.

?When three months of this hell had ended I went on to spray the streets of Slough, which was worse.

?Kids would run up shouting, ?Ghostbuster!? and laugh in my face. One day an incontinent lady tramp came up, patted me on the arm and said, in a soothing voice, ?I bet your parents are proud.? ?