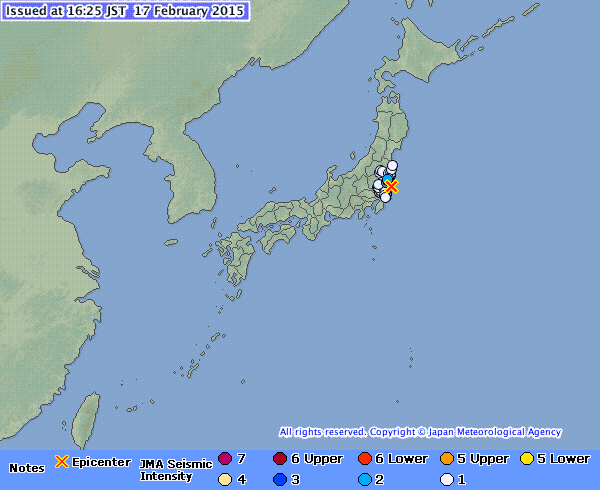 Earlier, an evacuation advisory was issued by the city of Ofunato in Iwate. More than 1,350 households were advised to evacuate and stay away from the sear right away due to the strong quake which lasted for quite some time.

The Pacific Tsunami Warning Centre in Hawaii, for its part, said there was no danger of a tsunami in the Pacific region.

Seismologists said the tremor was an aftershock of the 8.9 magnitude earthquake that shook Japan in March 2011. The quake in 2011 struck in the Tohoku region devastating towns along the north-eastern coast of the country and killing more than 18,000 people. It was the strongest quake ever measured in Japan.

Earthquakes are a regular occurrence in Japan considered to be one of the most seismically active areas in the world. An estimated 20 percent of the world’s quakes with a magnitude of 6 or greater occur in Japan. In 2014 alone, some 342 earthquakes were recorded in Japan.