Despite its economic cooperation, China and Japan continue to be in conflict over several issues. These cover Japan’s wartime atrocities that caused the deaths of hundreds of thousands of Chinese and claims of ownership of the eight small islands off East China Sea collectively known as Senkaku/Daioyu among others. 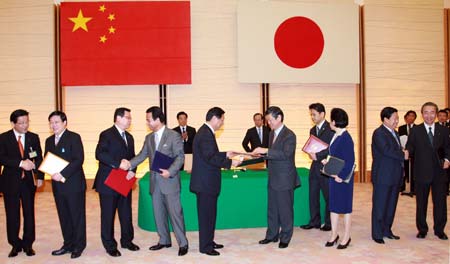 As tensions remain high between the two nations, their citizens (although not all) have somehow developed an awkward feeling towards each other. The Chinese have been very vocal about their protest for Japan’s wartime crimes while a rise in Japanese nationalism has been noted in recent years with the Japanese doing everything to clarify issues and make amends where needed.

It was in 1931 when Japan first occupied part of China, specifically Manchuria in the northern section. By 1937, a bigger war broke out that led to the death of hundreds of thousands of Chinese.

The Nanking massacre also occurred during this time and the Japanese Imperial army are being blamed for this atrocity. The city of Nanking then was the capital of China under the Kuomintang government.

Japan, for its part, has been defending itself from all these harsh criticisms. The younger politicians are making a strong stand on this issue while supporters have brought their campaign to the internet posting old photos published in newspapers showing Japanese soldiers helping out Chinese war refugees. They stressed that while Japanese soldiers made legitimate killings in the past, they were not solely responsible for the mass killings that occurred in Nanking.

Another source of conflict between Japan and China is the small islands known as Senkaku/Daioyu in the East China Sea.

This issue has also aggravated the tension between the two countries and has even prompted U.S. President Barack Obama to defend its ally, Japan. During his recent tour of Asia, President Obama issued a statement saying the U.S. will protect Japan should an armed conflict occurs as a result of this islands dispute.

Reports have it that Japan was the first to claim sovereignty over the islands while China only claimed ownership at a later time. The area being claimed is considered a rich fishing ground and has vast potential for oil and gas reserve.

In 2013, China declared a no fly zone over the islands saying aircrafts need to seek permission from authorities before they can fly over the area.

With these conflicts still in existence, what does the future hold for the relationship between Japan and China? Will the citizens of both countries remain hostile towards each other?

Analysts and observers are not seeing an armed conflict break out any time in the future. They believe that both nations value their economic cooperation over the existing disputes. Japan has investments in China and China recognizes the major contribution of the land of the rising sun to their economy.

Not many of the younger generation are affected as well because most have been brought up during modern times with little knowledge and concern of their country’s history.