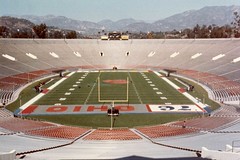 No matter what NFL team you’re looking for, you’d agree that if there ever was a sacred venue in American Football, it’s Lambeau Field, home of the Green Bay Packers and venue of the 1967 NFL championship game—one of the greatest (and one of the coldest) games in the sport’s history. END_OF_DOCUMENT_TOKEN_TO_BE_REPLACED 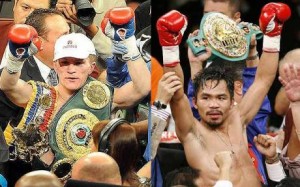 Boxing is one of those sports that seem to get nationalistic tendencies all riled up. In the Southeast Asian nation of the Philippines, in particular, people do get together to support their “hero” Manny Pacquiao. On May 2, Saturday, Manny Pacquiao is set to meet Ricky Hatton of the United Kingdom in the ring.

The People’s Champion, as Manny is fondly called by his fans and admirers, says that it is going to be war. The odds are in Pacquiao’s favor at the moment. Odds makers have named him as the favorite at a 2 is to 1 ratio.

On his part, Ricky Hatton says that he “has been here before. People say (I’m) over-hyped, overprotected, a fat, beer-drinking Englishman. Well, I’m going to shock the world again.” He also agrees that the match will definitely be a war.

As for their promoters, Pacquiao still has Bob Arun of Top Rank on his side while Hatton has Oscar dela Hoya of Golden Boy Promotions. Boxing fans will note that the Golden Boy tried to rekindle his career recently by going against Pacquiao, only to have his face “rearranged,” as many commentators put it. Could this huge fight be his way of getting back at Manny Pacquiao? Perhaps.

In any case, the match is going to be over Hatton’s current title, the IBO junior-welterweight title. In spite of the odds, we can only be assured of one thing: that it is going to be a good fight and that the whole world (or a large part of it) will be watching.

Basketball fans all over the world have probably noticed a rather unique fashion accessory that one of the biggest basketball stars in the NBA. Dwayne Wade. Prior to the All-Star Weekend, Wade – who is the league’s leading scorer, by the way – cut his left cheek. Naturally, it needed medical attention, however slight his injury might have been, so he placed a Band-Aid on his cheek.

This band-aid is somehow different from the usual stuff that we can buy at the corner drugstore. Well, actually, it is the same stuff but Wade pretty soon added his own twist to the Band-Aids. For starters, he put his nickname “Flash.” Then he put the American flag on it as well – all this despite the fact that his wound had healed.

Of course, this delighted his fans, as it was somewhat of a different fashion statement. In such a short span of time, Wade was able to create his own stamp. It is going to be short-lived, however, as the NBA is going the route that the NFL has taken before.

The league is banning the superstar from using the Band-Aid in future games. Tim Frank, the NBA spokesman says that they already talked to the management of The Heat, reiterating the rule that Band-Aids can only be worn for medical purposes. The league aims for uniformity with regard to the players’ dress code when in the arena.

I suppose this means one thing for Dwayne Wade fans – no more “Flashy” Band-Aids. Am sure that would not get in the way of his skills on the court, though.

Newspapers all over the world – both online and offline – exploded with all sorts of stories when a picture of Michael Phelps holding a bong was released. The picture was supposedly taken in November at a college party in South Carolina. The photo released to the world was of Michael holding the bong. Although nothing concrete could be seen from the picture, the swimming superstar admitted to smoking from it.

The results were obviously devastating to this person whom everyone held in high regard. He already has had several endorsement deals cancelled because of the incident. On the legal end, however, Michael Phelps has nothing to worry about now. According to the sheriff’s department of Richland County, South Carolina, where the photo was taken, there is no physical evidence that any law has been broken.

While the Olympic medalist admitted to “inappropriate behavior,” there was no mention of marijuana or any other illegal substance use. As such, no charges can be filed – and none will be filed. Phelps’s statement prior to this announcement was:

I acted in a youthful and inappropriate way, not in a manner that people have come to expect from me. For this, I am sorry. I promise my fans and the public — it will not happen again.

He has not gotten off totally free though. He has been suspended by USA Swimming from competition for 3 months starting February 6. Kellogg Co. will not renew its deal with Phelps.

Still, it seems that the swimmer continues to be a hero for many. In Sheriff Leon Lott’s words, “Michael Phelps is truly an American hero. But even with his star status, he is obligated to obey the laws of our state.”