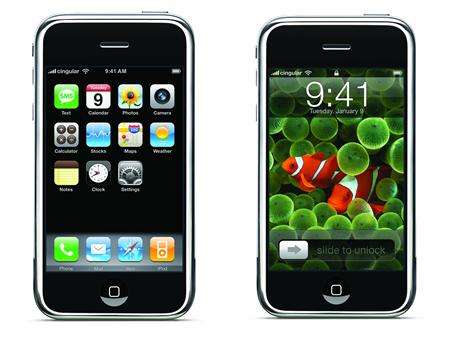 Here it is at last! After much hype and speculation Apple’s CEO Steven Jobs has presented Apple’s latest gadget: the iPhone to the general public and it looks good. It boasts a touch screen and functions as a music player, mobile phone and computer functions that had the crowd cheering.The iPhone has almost no buttons. Almost everything functions through its touch screen – yes, with your bare fingers.

While many are excited over the presentation of the iPod many questions have been raised as well. Though it is a music player it isn’t capable of downloading songs from iTunes yet. Also, typical of Apple, the software is limited to Apple manufactured or approved ones which are very few. The phone itself is not a 3G handset which is the current standard for mobile phones.

It is also very expensive. The iPhone is projected to cost $500 to $600. Is it worth that amount? That has yet to be proven.
There is also a dispute over the name iPhone. Cisco released their iPhone way back in 2004 and are now suing apple for this breach in their trademark.

All in all, Apple’s iPhone isn’t the top of the line in mobile phone technology but ithas the consumers excited that hopefully good changes and innovations are coming this 2007.