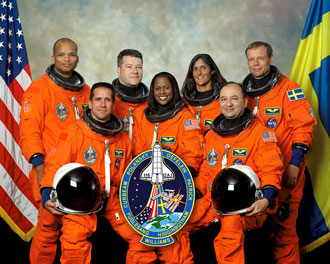 NASA has given the go for the launch of space shuttle Discovery. The Discovery is now scheduled to launch on December 7 at 2135h PST.

The crew is headed by Commander Mark Polansky. Their pilot is Bill Oefelein. Mission specialists Nicholas Patrick, Bob Curbeam and Joan Higginbotham as well as astronauts Christer Fusglesang and Sunita Williams of the European Space Agency (ESA) will also be on board. Williams will be staying on board the space station for another six months, replacing ESA astronaut Thomas Reiter who came on board the station in July.

The mission of this team is to continue building the international space station. It is a 12 day mission with three space walks. According to NASA’s senior management the team will be installing girder-like truss to form a new segment. They will also be activating the permanent power and cooling systems of the station. They will be in constant communication with NASA’s Johnson Space Center in Houston.