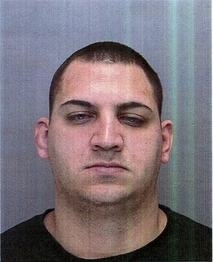 I get irked by noisy people while I try to enjoy a movie in a theater – who doesn’t? From the crunch of popcorn and chips to the rustling of foil packs to the chatter of people – all these are things that should not get in the way of one’s enjoyment while in the movie theater. I never thought that making noise in the theater could actually hurt you physically and I bet that this family man didn’t either!

A man in Philadelphia got shot in the arm on Christmas night when he took his family to the movies. Apparently, the family was enjoying the movie a little bit too enthusiastically – as it usually is the case when you have children with you – when another viewer got irked. Going by the name of James Joseph Cialella, the guy reportedly told the group to keep quiet. In addition to that, he threw some popcorn at the son. Not satisfied, Cialella walked over to the family, at which point, the father stood up. Apparently, he did not know that the guy had a gun until he got shot in the arm.

Cialella was arrested when detectives rushed to the scene and found him with a .380 caliber handgun. He is currently under the custody of the police.

The moral of the story? Keep quiet when in the theater. Seriously though, even movie theaters should be stricter as to what kinds of things can be brought into the premises. This incident is a prime example of how things can easily get out of hand.