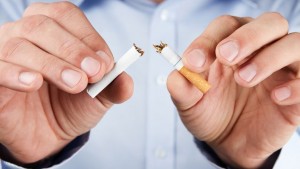 Forget pesky patches and bad-tasting gum. The most popular way to kick your cigarette habit for good is electronic cigarettes. Also known as E-cigarettes, they use an electronic inhaler containing nicotine that enables the user to mimic the act of smoking a real cigarette.

While advocates argue that e-cigarettes are healthier than real ones, the Food and Drug Administration, along with other global health organizations, remain doubtful.

More than 45 million people in the United States smoke, and an estimated half of these people try to nip the habit in the bud each year. More and more are turning to electronic cigarettes for help.

Earlier this year, the FDA stated that e-cigarettes have not been fully proven to encourage a smoker to quit. Another study, conducted by top scientists at the University of Athens, Greece reported that electronic cigarettes are more damaging to the lungs than people originally believed.

The study followed 32 volunteers, eight of whom were lifetime non-smokers and 24 who currently smoked. The results concluded that using an electronic cigarette could cause a person’s airway resistance to increase suddenly for up to 10 minutes.

Despite the findings, the sales of real cigarettes dropped by 4.5 percent last March as more people started to give e-cigarettes a try. Experts believe that this trend will only continue to rise.

Where to buy e-cigarettes

If you are interested in trying e-cigarettes for yourself, then you are in luck. More and more companies are starting to offer them, and Phillip Morris, one of the top players in the tobacco industry, is reportedly launching its own version of the e-cigarette later this year.

The iGo 3 electronic cigarette is one of the best quality e-cigarettes on the market. It uses the latest clearomizer technologies to allow customers the best vapor productions available. It also has a torch-charging station for ease and convenient charging ability, as well as the finest quality eLiquid available.

If you are ready to take control of your life and health, and quit for good, trying electronic cigarettes may be the best method for you. They can be smoked virtually anywhere and allow the smoker to get the same fix, as well as the same hand gestures and oral sensation as a regular cigarette.