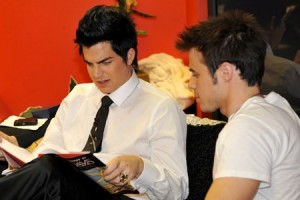 Even those who do not watch American Idol on purpose cannot help but know what’s going on in that show. We have to admit it, American Idol does have its allure and the publicity that it gets makes it just hard to ignore. So, this season is over, and it seems that the voting didn’t go as many expected.

In what many consider to be an upset, Kris Allen won over Adam Lambert. Lambert has often been described by the American Idol judges in superlatives: a real genius, an artist, on a league of his own, and so on. And yet when the final judgment came, it seems that he was not able to win majority of the voters of the show.

What happened? Theories and explanations abound, depending on who you ask. The people over at New York Times think that the choice “says something about the mood and mores of the country, that viewers are too conformist to anoint a sassy, androgynous individualist. Then again, maybe not: Mr. Allen’s victory may merely reflect the voters’ conventional taste in pop music.”

Personally, I do not think either idea is the cause. I think that people see the immense talent in Adam Lambert and they also see the well of niceness in Kris Allen. They saw the former as a sure win and the latter as an under dog. And I think that America’s heart was captured by the underdog. This is not to say that Kris does not have the talent – he does. But we all know that Adam will also go a long way even if he didn’t win the title. I guess it’s all fair in the end.