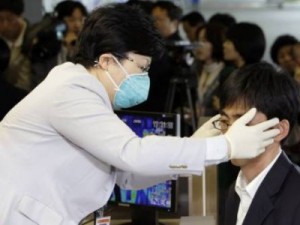 Are you one of the countless people wearing those facial masks when going out in public? If you work at an airport or a similar transportation hub, you just might be. Or maybe you live near the border with Mexico and you also feel the need to protect yourself.

Well, do it as much as you want to – it can only do you good anyway. However, if the World Health Organization is to be believed, the outbreak of swine flu, or H1N1 virus, may not be as serious as we all think it is. According to the Los Angeles Times, scientists are actually saying that this strain of the flu virus is actually mild; at least when compared to previous epidemics. This should be a good thing as a lot of people are panicking regarding the possibility of a widespread epidemic. After all, some people have died because of it already, so this is really understandable.

On another note, scientists are also saying that developing a swine flu vaccine could take some time. The Voice of America reports:

The World Health Organization says several laboratories around the world are developing a vaccination against swine influenza A-H1N1. The organization has raised its alert to level five, just below declaring the flu virus outbreak to be a pandemic. The process of vaccine development can take months.

By this time, this current strain could very well be gone and we might be facing a different strain in the future. In the meantime, we just need to be wary and try to keep healthy.