Its not exactly the most appealing of ideas, but by next March, Smintair or Smokers International Airways is planned to take to the skies.

The novel idea of smoker’s airline is the brainchild of former stockbroker Alexander Schoppmann (obviously a pack-a-dayer himself), who plans to offer flights from his hometown of Dusseldorf to Tokyo, another smoke-friendly destination.

Its all about service and the luxury of the old days, he says, and smokers will now be able to travel in comfort and style. Cramped economy seats will be non-existent and every smoke-friendly seat will be either business or first class quality. Havana cigars will be at hand, as will modern frills like internet, phones, DVD and flight attendants decked out in couture.

“I’ve been an airline passenger for 50 years….It made me very angry that the gap between service and price became so big with regular airlines. Especially in the first class and business class, service is at its lowest point ever.”

And how much is this new level of comfort going to cost smokers?

“We are on the same price level with Lufthansa, British Airways and other airlines that operate on similar routes…..Frankfurt-Tokyo and back costs $12,500 with Lufthansa for the first class and $8,125 for business class both ways. And those are exactly our prices.” 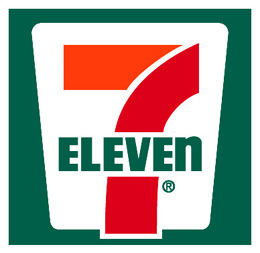 Now your car can be cleverer than you. Nissan is hoping to commercialize their groundbreaking “Intelligent Transportation System” in 2010 and are starting by a 30- month experimental stage in Tokyo involving 10,000 drivers on October 1st.
The new system sends wireless messages by antenna to passing cars with voice messages from other cars and roadside optical beacons. These messages are aloong the lines of: “School ahead- Watch your speed!” or “Car approaching from left”.

Although the system seems to be a highly workable one in Japan, where over 50% cars are already equipped with navigational gadgets, the questions remains whether such a high-tech system could work in Europe or the US where a mere 10% of cars are equipped in this capacity – let alone developing countries, where old jalopies are more the norm.

The system though has a lot of very useful and perhaps life-saving functions, such as a warning that tells you if there is a speeding car ahead at a blind intersections, and a quick route finder which tells you the quickest way to your destination through probe data collected from mobile phones.