As much as I love Ben and Jerry’s ice cream, am an advocate of breastfeeding, and staunchly oppose animal abuse, I was quite stupefied when I saw an article on the Associated Press about the animal rights advocacy group PETA, asking the ice cream kings to use breast milk to replace cow in producing their ice cream.

“If Ben and Jerry’s replaced the cow’s milk in its ice cream with breast milk, your customers — and cows — would reap the benefits”

“We’re aware this idea is somewhat absurd, and that putting it into practice is a stretch. At the time same, it’s pretty absurd for us to be drinking the milk of cows…”

Its not surprising that the folks at Ben and Jerry’s responded without much enthusiasm. I just can’t help feeling that the PETA people are not doing a favour for themselves or their worthy cause by making statements like this. You don’t need to do a nationwide poll to find out what people (aside from babies) will think of this – and thats creepy, I’m afraid.

Whether or not its absurd for humans to be drinking the milk of cows is not really the issue. Its what generations of us have been used to. Besides, what I find more important is the logistical problems it would face – it takes 12 lbs or 1 1/2 gallons of milk to make a gallon of ice cream. When I was nursing, it took at least half an hour to express 6 or 7 oz. Can you imagine how long poor Mothers would have to be strapped to pumping machines just to meet the demand? Thats an even scarier thought. 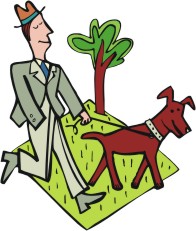 They are known as man’s best friend and studies show that they are one of the best ways to get into better health. Having a dog improves ones mental and physical health. Study shows dog owners are in better health than being a cat owner.

The study conducted by Dr. Deborah Wells of Queen’s University, Belfast shows that people with dogs tend to have lower levels of cholesterol and blood pressure. This may be due to the regular exercise they get from walking their pet. She writes that dog owners also appear to experience fewer ailments both those that are minor and those that are more serious.
END_OF_DOCUMENT_TOKEN_TO_BE_REPLACED

According to a recent survey, these seven jobs are the United Kingdom‘s WORST jobs ever. Not only do do the people who have these jobs sound utterly miserable with their daily tasks, but they are also paid a pittance for it.

I wonder though, if some of these jobs could actually be more interesting than say, sitting in front of a computer all day in a tiny cubicle where you rarely get to see any real daylight or form of nature. In that case, I’d rather have the Zoo Keeper’s job – but no thanks to the hospital laundry, a cubicle sounds just fine to me.

IT sounds like a great job, but London Zoo keeper Sebastian Grant reckons life on the other side of the animal enclosure is anything but rosy.

?The thing about looking after animals is there is a lot of mess,? he explains. ??What comes out of the end of an animal needs cleaning up. Animals are also potentially dangerous. Even an anteater can tear a hole in a man.
?As well as being dirty and dangerous, this job has long hours. We start every day at 8am ? even on Christmas Day. And you don?t go home until the work is done, so the hours can be very long.

?I?m not saying driving a cab is easy, but it?s certainly not a harder job than mine.?

He says: ?An average day was spent in horrible urine-scented dive pubs. Aside from finding used condoms and syringes in pool tables and cleaning vomit off payphones, there was the constant threat of having a pool cue wrapped round your head for the sake of a handful of change.?

WHILE working as a porter, Frazer Payne?s daily duties involved wheeling the dead to the morgue.

He says: ?On one occasion as I tried to move the body, the trolley scooted away from me and I stumbled after it with the corpse in my arms. This set off a whirlwind of panic as the other patients began screaming and fainting. When I finally got the body to the morgue, rigor mortis had begun to set in and the body started to sit up.

?In order to slide the bench into the freezer I had to put my knee on the legs and lie across the body to push the upper torso down. I was never so glad to be sacked.?

WORKING 11-hour shifts in a cramped factory with two 15-minute breaks for ?3 an hour was normal for James Prendegast.

He recalls: ?My job was to lean on and deflate the plastic-wrapped boxes of jigsaws as they rolled out of a plastic wrapping machine.

?Every week this machine would seize up and when they opened it, thousands of jigsaw pieces would fall out. Virtually every jigsaw was missing at least one piece.?
5. BOX FACTORY WORKER

SAM JORDISON worked in a warehouse for a week where they flattened old cardboard boxes and sent them to wholesalers.

He says: ?It was physical agony but it was the mental pain that weighed heaviest. I was working with a guy who?d been there for 20 years. He told me he dreamed about boxes, saw boxes when he closed his eyes and could taste boxes when he ate. And every 20 minutes or so he would shout ?BOXES? at the top of his voice.?

?It just wasn?t worth it,? he says. ?Masses of dirty laundry would come down these big shoots.

?They would be covered in human waste, blood, and once, with what looked like someone?s kidneys. You spent most of the day with your face in, or near, urine.?

AFTER dropping out of university, Dan Kieran took a job spraying weedkiller along roadsides.

He says: ?Every day I had to wear a green boiler suit and carry a 35-litre tank of toxic weedkiller on my back. My 12-hour shift consisted of scaling the banks that run alongside motorways.

?When three months of this hell had ended I went on to spray the streets of Slough, which was worse.

?Kids would run up shouting, ?Ghostbuster!? and laugh in my face. One day an incontinent lady tramp came up, patted me on the arm and said, in a soothing voice, ?I bet your parents are proud.? ? 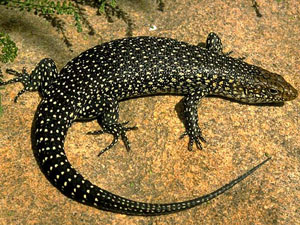