Graduate students all over the world should be thrilled at this new job vacancy – as Stephen Hawking?s assistant.

Professor Stephen Hawking, one of most illustrious scientists in the world has let out a want ad which says:

“You would help him to prepare and deliver seminars and public lectures and assist with scientific papers.

“You would also accompany Professor Hawking on his many travels and assist other members of the group.

“Flexibility, stamina and a confident and caring personality, together with a valid driving licence, are essential for this demanding job.”

The offered salary is up to ?23,457, and the job description involves helping Professor Hawking prepare lectures, assisting him with his scientific papers, maintaining and improving his computer files, and traveling with him on his many trips around the country and abroad.

The candidate would also be based in the Department of Applied Mathematics and Theoretical Physics of Cambridge University.

Stephen Hawking is a professor of Mathematics at Cambridge University, and is a best-selling author, cosmologist and theoretical physicist.

Although he was diagnosed with a muscle-wasting motor neurone disease at the age of 22 (and is now wheelchair bound, needing to speak through the aid of a computer and synthesizer), he went on to obtain an honours degree at University College, Oxford, then to Cambridge University to further his research on cosmology.

In the 1980?s, Stephen Hawking shot to fame around the world with the publication of his acclaimed book A Brief History of Time.

Professor Hawking has also guest-starred twice on the Simpsons. 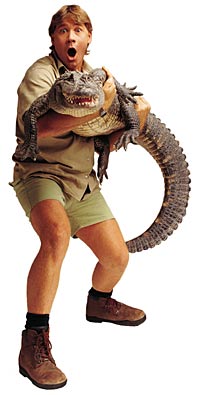 The Apache Indians from Arizona have finally unveiled one of their best-kept secrets. That for the past 20 years they?ve been seeing something in their mountains – something big and hairy with rather large feet. Its not a bear or any animal we?ve seen in a zoo. In fact, its non other than Bigfoot himself.

Colette Altaha, the White Mountain Apache Nation spokeswoman made the announcement, saying that her people were not one to speak to outsiders in the first place, but since the sightings increased significantly this week, they decided that it was something that could no longer be ignored.

Apparently, Bigfoot has been sighted in the area since 1982, and not just a handful, but many of the tribe’s people have reported numerous encounters over the years.

Local residents, such as Marjorie Grimes, who lives in the town of Whitewater within the reservation, claims that although many of her neighbors have seen Bigfoot, none have described it to be a negative experience.

?It was all black and it was tall! The way it walked; it was taking big strides. I put on the brakes and raced back and looked between the two trees where it was, and it was gone!? she said.

This got the attention of the news, and Tom Biscardi from Searching For Bigfoot Inc., a California team dedicated to finding evidence of the mythical beast, stydying it, then setting it free to its natural habitat.

Unfortunately, nothing much turned up after a few days of searching except for some hairs and prints.

And although the elders of the tribe are uneasy about publicizing what they see as a legend of the Fort Apache Indians, the people of the Apache are convinced that it is the right thing to do.

Jamie Gold the 36-year-old from Malibu won the World Series of Poker last week. By capturing first prize of $12 million among a field of more than 8,700, Gold was supposed to be enjoying his status as a nouveau multi-millionaire.

Instead, he?s getting sued, is the subject of tabloid rumors that he?s a fake, and facing tax problems.

And worse, he hasn?t yet received the money, and it?s quite possible he won?t.

When Gold (a former Hollywood agent) outplayed more than 8,700 opponents to capture the first prize, witnesses said that Gold said very little to reporters after he won the $12 million and quickly disappeared.

He hasn?t been seen since.

Within a week of the tournament, Gold has attained dubious legendary status as the poker world?s equivalent of D.B. Cooper, hijacker who leaped from an airliner with $200,000 in twenties strapped to his torso in 1971 and was never seen again ? dead or alive.

In the week since Gold disappeared, the Internet and local and national tabloids have been rife with stories of Gold stiffing professional players whom he had promised ?coaching? payments, should he win, and of misrepresenting his achievements.

?Gold, who boasts about having repped everyone from Sopranos star James Gandolfini to actress Lisa Liu, reportedly came up dry in the celebrity wrangling department,? states an article in Hollywood Interrupted.com