We all know that in this world, infidelity would usually be instigated by husbands. But coming across this article where a wife would cheat and decide to go with another man, would the hubby give her a second chance despite moving on? 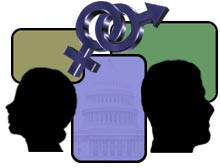 Women are always given the benefit of the doubt of being categorized under being battered but cheating on their part and then suddenly wanting to get back to their old lives is like walking on a thin line. In most cases, husbands would close the door and would rather carry on what is left. Focusing on career and the children is what mature men would normally do, not leaving any room for reconciliation between them?

It is in these cases where a man would decide. Should he choose his heart or just leave it to Godï¿½s Will. Whatever the decision would be, the final one made would be for the best of everyone. Lost trust is something that cannot be easily rebuilt and mature men know this all too well.

No, that’s not the latest guy on George Bush’s hit list, its Cat Stevens. Well, actually he was mistakenly put on the terror watch list on a flight to Washington from London…..could it have been the beard?
The famous 60’s and 70’s singer, known for his international hits like “Father and Son” and “Wild World” is returning to the pop scene on the eve of the release of his first commercial album in narly 30 years.

Yusuf Islam, formerly known as Cat Stevens, traded in his guitar in 1977 and converted into Islam after receiving a copy of the Koran. Millions of this Swedish-Greek post-hippy star were disappointed as Cat announced his retirement and pledged to devote his life to Islam. Since then, he has become one of the leading voices in the British Muslim community, even starting a Muslim school for children.
Now 58, he announced that he is releasing a new album, with the first single due out in the UK in November called “An Other Cup” which promises to be true to his old classic style. When asked about the criticisms of fellow Muslims on his choice to return to the mainstream music industry, Yusuf Islam/Cat Stevens explained:

“Whilst I agree that some songs and musical influences are haram (prohibited), this judgment does not apply to every singer or every single note and crotchet played…..The truth is that most of those who buy my records as Cat Stevens are not Muslims. But many who listen to those old songs recognize that they represent the poetic inspiration of a seeker, someone thirsting for peace, and trying to understand the unexplained mysteries of life”