A lot of criticism has been made with the use of computer graphical enhancements in most movies that we see today, but people are still at awe on how such technology has magnificently complemented movies in the manner to which they have been seen today. Such has been the critics review for the expected movie release of the movie 300. The movie ï¿½300ï¿½ dates back towards the time of Greeceï¿½s medieval times. With the setting based on the early rule of swords, arrows, spears and shields, such excitement has been in the works, especially for people who love a good historical adventure story.

While there have been feedbacks of too much graphical imagery for the movie, the response on the expected release of the movie is still at an all time high. The trailers have been wonderfully done and this is something that has caused excitement to most people, especially the followers from earlier flicks such as ï¿½Gladiatorï¿½ and ï¿½Lord of the Ringsï¿½.

In today’s age, anyone would want to solicit the needed tips and strategies to be able to get their feet on the right track towards millions, success and wealth. There are varied ways to go about this and most would be unique from others, in the same way that a person is different from someone else.

However, there has been a recently released video called “The Secret” that can answer all these claims and dreams. Question is, would you believe in it? Or is just another type of marketing tactic to sell this video documentary film faster? If the real itinerary is the latter, without a doubt they are doing a good job since people are falling prey for these copies of the acclaimed documentary costing $4.95 for a Full Screen Online for broadband users.

Realistically, no matter what claims are made, it would all depend on the consumer if he is to believe in such. But if the ploy is indeed a new way of strategic marketing, this early it can be told, they are doing a good damn job! 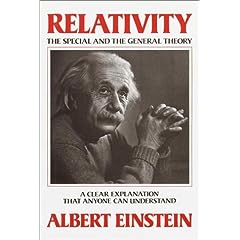